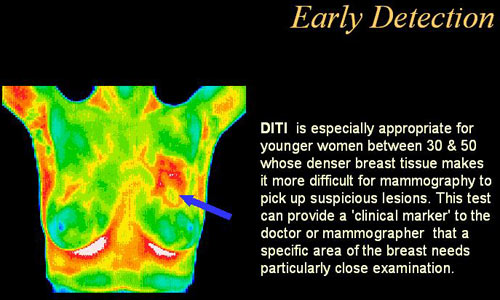 The controversy concerning the usefulness of screening mammography in women under 50 continues. In general, two factors are consistently overlooked that should bear heavily on screening recommendations, particularly as they pertain to national policy. First, understanding why screening is more beneficial after as opposed to before age 50; second, assessing the societal cost of routine screening in younger women.

Pivotal to this discussion – and unavailable from any of the current studies – is the menopausal status of the patients being screened. Biological age is more important than is chronological age. At the time of menopause, the ovaries cease to produce estrogen. Lacking bodily estrogen, the breast glandular tissue involutes, and cancerous nodules become more apparent by mammogram.

Screening is going to be as advantageous to a woman who is postmenopausal at age 48 as it is to a woman at age 55 or older. The reported screening studies have been conveniently designed based on the subjects’ date of birth (age), rather than on the appropriate standard which is the menopausal status of the subject. Furthermore, women who started to receive mammograms before age 50 continued to receive them after their fiftieth birthday. Not only was the menopausal status ignored, but any beneficial effect of screening before 50 could not be distinguished from that occurring after 50.

Some otherwise undetectable cancers are found by mammography in women younger than 50. Women in this age group who have been mammographically diagnosed become strong advocates for screening. However, the radiation given with mammograms undoubtedly causes some cancers particularly in younger women when the breast is under estrogen stimulation. What is unclear is whether mammograms result in curing more cancers than they cause in this age group. The available data indicate that there is a close trade off.

However, now that screening mammograms have been recommended for women under 50, the societal cost of routine screening in 40-49 year old women should be considered. The average cost of a screening mammogram in the United States is $125. The National Census Bureau states that there are currently 20,050,000 women in the 40-49 age range. Simple arithmetic reveals that if every woman in this age group in the United States obtained a screening mammogram this year the total cost would be 2.5 billion dollars. To put this into perspective, the entire 1997 budget for the National Cancer Institute is 2.15 billion dollars. Of this amount only one seventh ($300 million) is allocated for breast cancer research. At this rate, less money is allocated by the NCI to research all cancers than it would cost for all women ages 40-49 to receive a screening mammogram this year. This does not include the amount spent on further diagnostic tests necessary to rule out cancer in the 10% of mammograms falsely considered to harbor cancer. The inescapable conclusion is that recommending screening in 40 to 49 year olds is a relatively costly step that is based on controversial data. Equating tax dollars spent for governmentally funded research with HMO/insurance carrier dollars spent for mammograms seems like comparing apples and oranges. Remember that both tax dollars and third party health care dollars come from the same pocket….yours.

Breast cancer will claim 44,000 lives this year. However, scare tactics designed to victimize women such as “One of eight women will develop the disease some time during their lives” are used by some. Such a figure would be valid only if all women live to age 90. Half that number, one of fifteen, is more realistic. Furthermore, only a third of women who develop breast cancer will die of breast cancer. These numbers are substantial but they are inadequate to cause panic. Hence, a cost-benefit analysis seems in order…..$2.15 billion for screening versus $300 million for research.

In our opinion, the answer lies beyond screening mammograms particularly in younger women. Least we be criticized for advocating a policy that is detrimental to women’s health, note that despite a 30% reduction in breast cancer deaths in women age 50 to 69, screening mammography did not improve overall survival (i.e. death from all causes) in the extensive Swedish trials. If the war against breast cancer is to be won, the focus of funding in this country must go beyond spending society’s money on mammograms in order to provide better funding to explore new means of diagnosis, treatment and prevention.