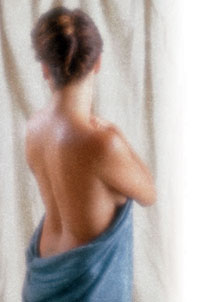 As the medical miracles of a cancer cure become more of a mirage, and the unprecedented spectacle of medical bumblings such as the Gisborne smear debacle continue, we wonder, what next? Pouring more millions into ‘research for a cure’ is patently a waste. What are we really doing to stem this rising plague?

I firmly believe this is nonsense and that not only environmental toxins and hormone-disrupting chemicals, still pouring into our environment, are to blame for breast cancer, but to some degree, so is X-ray mammography. As early as1977 Dr Irwin Bross had become an outspoken critic of mammography, calling it a “disastrous mistake” that would “produce the worst … epidemic of cancer in medical history.” At a meeting of the NCI, Bross accused the American Cancer Society of subjecting a quarter of a million women to X-ray dosages equivalent “to death warrants with a 15-year delay in the execution.

Thermography of the breast can detect abnormality from 8-10 years before mammography can detect a mass
We have, for instance the Breast Cancer Awareness Month together with improvements in surgery and treatment, but it seems this is not working either. For instance, the motto of the Breast Cancer Awareness Month is, “Early detection is your best protection.” Yet the National Cancer Institute (NCI) stated in 1995 that, “Breast cancer is simply not a preventable disease.” They went on in 1997 to say, “There are no practical ways to prevent breast cancer – only early detection.” Hence the mammogram must be our first line of defense.

Few folk realize the mastermind behind Breast Cancer Awareness Month was our old friend the pharmaceutical giant Zeneca … now AstraZeneca. This is the company manufacturing the controversial breast cancer drug Tamoxifen, which grosses $500 million US dollars a year, and is suspected to cause,among others, endometrial cancer. They do not advertise of course that they also manufacture pesticides such as Acetochlor (a well-known carcinogen) which, yes you’ve guessed it, almost certainly causes breast cancer, together with a whole host of other nasties in the herbicide-fungicide range.

When it comes to tackling the industries producing all of this muck, there is an ominous silence from the Breast Cancer Awareness programs, and even more so from the National Cancer Institute (NCI) and governments. Men like Professor Samuel Epstein have spent their lives fighting this battle. Tight-lipped environmental scientists struggle to hide the appalling record of environmental destruction and inevitable health hazards which follow it

So what a triumph of commerce. I make the poison, I sell the antidote (not quite, but you know what I mean) and around and around we go.

Let me give you a shocking statistic from the highly prestigious journal, The Lancet, “Since mammogram screening was introduced in 1983, the incidence of ductal carcinoma in situ (DCIS) which represents 12 per cent of all breast cancer cases, has increased by 328 per cent … and 200 per cent of this increase is due to the use of mammography. This increase is for all women. Since the inception of widespread mammographic screening, the increase for women under the age of 40 has gone up 3000 per cent.”

What, if anything, is this ‘breast screening’ teaching us? Most news media reports avidly support and advertise the program. It becomes patently obvious that a little digging reveals a rather deceitful record of misinformation.

For instance, Professor of US Public Health Sciences Cornelia Baines said, “The bottom line is that the addition of annual mammography screening to physical examination has no impact on breast cancer survival.”

Have we missed something here? Anyone having a healthy air of cynicism will rapidly become aware that an incomprehensible disregard for women’s health is occurring.

The mammography deceit actually began in the 1970s and was concocted by insiders at the American Cancer Society aided by their friends at the NCI. The number of women who have died or have been put ‘at risk’ by this disreputable scheme is enormous. What makes it even more shocking is the fact that a more efficient and gentle diagnostic technique exists. It is an option which is both non-invasive, cheaper and also a better ‘first line’ alternative.

Let’s look at the considerable advantages to this valuable diagnostic tool.

So why are we not using this wonderful tool? There are numerous reasons why thermography is not more used today.

Besides the intractability of our bureaucracy, the huge vested interest in mammography and its associated ‘cancer industry’ ensures the continuation of the status quo. If we are to overcome this pink ribbon set, we must pressure our government into funding thermography at a national level. Surely our women deserve at least this.

Instead of allowing huge pharmaceutical corporations to define the agendas, we must awaken and empower women to the real cause, detection and truly successful cures for breast cancer.

Just fill out the form below and let us know how we can help you!